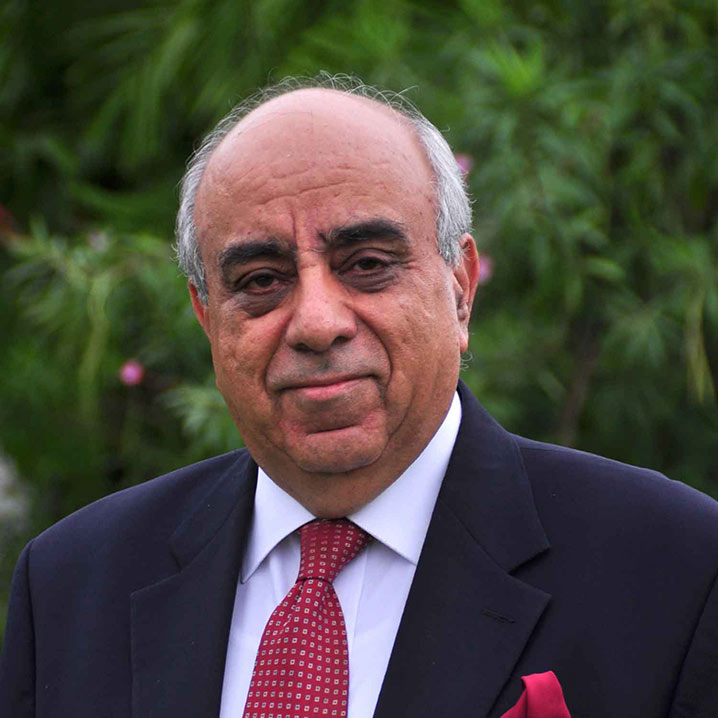 Mr. Arun Nanda is the Chairman of Mahindra Lifespace Developers Ltd. and Mahindra Holidays & Resorts (I) Ltd. He is also the Chairman of Holiday Club Resorts Oy, Finland, Director of National Skill Development Corporation, Chairman of CII National Committee on Skill Development & Livelihood, Chairman on the Governing Board of Centre for Social and Behaviour Change Communication, Member of the Governing Body of Helpage India and on the Advisory Board of TechnoServe India.

Mr. Nanda joined the Mahindra Group in 1973 and held several important positions within the Group over the 40 years he was with the company. He was inducted to the Board of Mahindra & Mahindra Ltd. (M&M) in August 1992 and resigned as Executive Director in March 2010 to focus on the social sector and create a favourable ecosystem for senior citizens. He was a non-executive director from April 2010 till August 2014.

He is also Chairman Emeritus of the Indo-French Chamber of Commerce. He was Chairman of CII Western Region Council for the year 2010-2011 and Chairman of Tourism & Hospitality Skill Council. He was a Member of the Task Force set up by the B20 on Anti-Corruption which presented the policy paper to President Sarkozy at the G20 Summit held in Cannes in November 2011 and to President Putin in St. Petersburg in June 2013.

Mr. Nanda was honoured with an award of “Chevalier de la Legion d’Honneur” (Knight of the National Order of the Legion of Honour) by the President of the French Republic, Mr. Nicolas Sarkozy in 2008. Mr. Arun Nanda is also the recipient of the following awards: 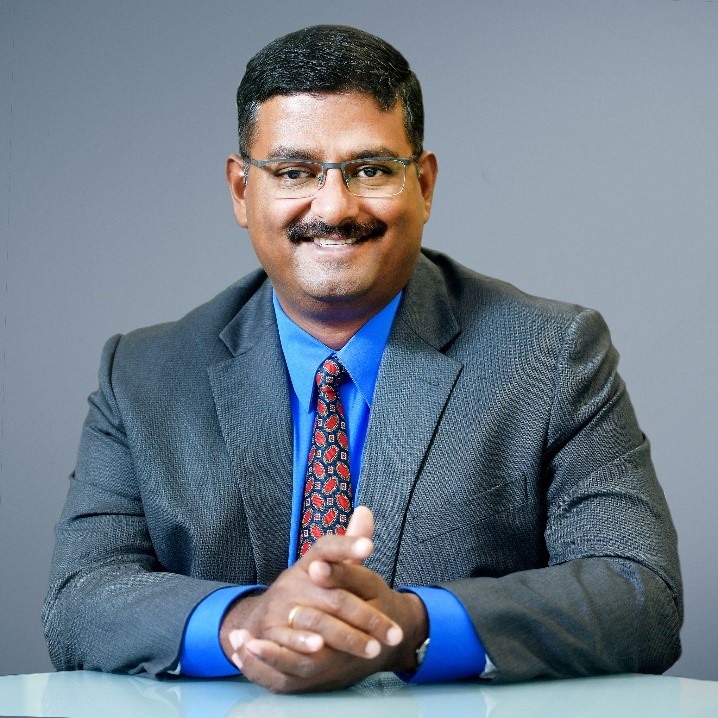 Mr. Arvind Subramanian is the Managing Director & CEO of the company. Arvind joined Mahindra Lifespaces in 2018 as CEO of Mahindra Happinest, the affordable housing business.

Arvind’s interest in the intersection between business growth and social impact dates back to his time as Managing Director & Partner at Boston Consulting Group. At BCG, Arvind was the global topic leader for the ‘Next Billion Consumers’, picked by Financial Times as one of The Fifty Ideas That Shaped Business Today. He was also tasked with setting up and leading BCG’s Centre for Customer Insight, which integrated proprietary consumer insight research with strategy development. Arvind led the Technology, Media and Telecom practice at BCG in India for several years. He has been a frequent speaker at industry events and conferences, has authored several op-eds, articles and reports on Digital India, the Next Billion Consumers, and the Future of Real Estate. Arvind is currently co-Chair of CII’s Urban Development and Smart Cities Council and serves on IGBC’s Executive Board.. 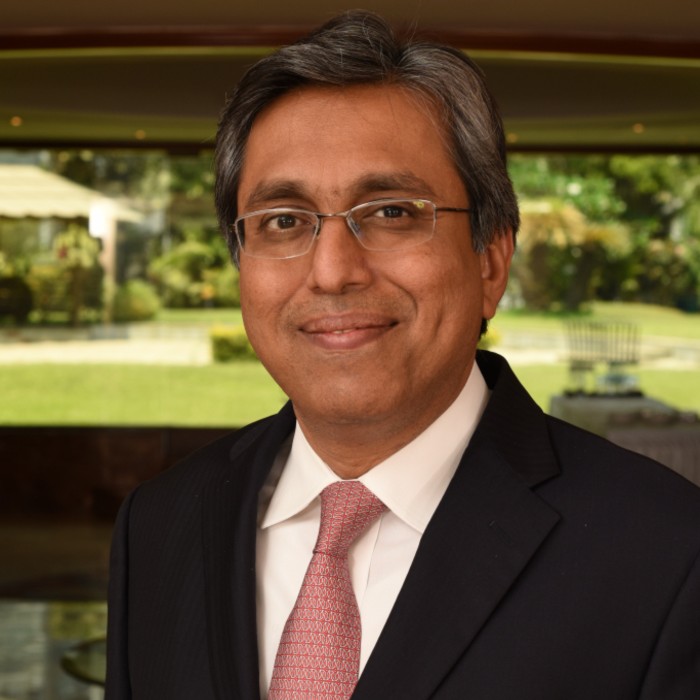 Dr. Anish Shah is the Managing Director and CEO of Mahindra & Mahindra Ltd. He joined Mahindra Group in 2014, as Group President (Strategy), and worked closely with all businesses on key strategic initiatives, built capabilities such as digitization & data sciences and enabled synergies across group companies. In 2019, he was appointed Deputy Managing Director and Group CFO, with responsibility for the Group Corporate Office and full oversight of all businesses other than the Auto and Farm sectors, as a part of the transition plan to the CEO role.

Anish was President and CEO of GE Capital India from 2009-14, where he led the transformation of the business, including a turnaround of its SBI Card joint venture. His career at GE spanned 14 years, during which he held several leadership positions at GE Capital’s US and global units. As Director, Global Mortgage, he worked across 33 countries to drive growth and manage risk. As Senior Vice President (Marketing and Product Development) at GE Mortgage Insurance, he led various growth initiatives and played a key role in preparing the business for an IPO, as a spinoff from GE. In his initial years with GE, Anish also led Strategy, eCommerce and Sales Force Effectiveness and had the unique experience of running a dot-com business within GE. Anish also received GE’s prestigious Lewis Latimer Award for outstanding utilisation of Six Sigma in developing a “Digital Cockpit.”

He has diverse experience with global businesses beyond GE. He led Bank of America's US Debit Products business, where he launched an innovative rewards program, led numerous initiatives in payment technology and worked closely with various teams across the Bank to enhance value for the customer.

As a strategy consultant at Bain & Company in Boston, he worked across multiple industries, including banking, oil rigs, paper, paint, steam boilers and medical equipment. His first role was with Citibank in Mumbai, where he issued bank guarantees and letters of credit as Assistant Manager, Trade Services.

Anish holds a Ph.D from Carnegie Mellon’s Tepper School of Business where his doctoral thesis was in the field of Corporate Governance. He also received a Masters degree from Carnegie Mellon and has a postgraduate diploma in Management from the Indian Institute of Management, Ahmedabad. He has received various scholarships, including the William Latimer Mellon Scholarship, Industry Scholarship at IIMA, National Talent Search and Sir Dorabji Tata Trust. 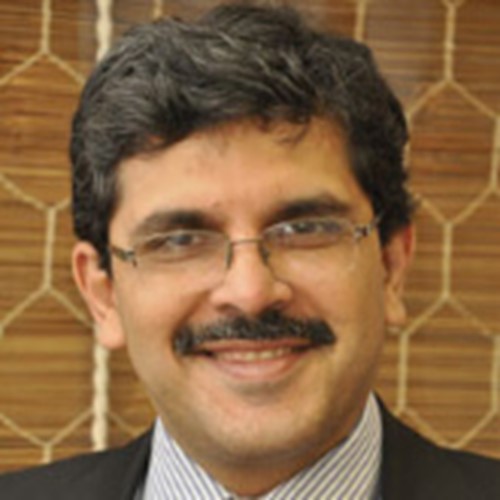 Mr. Ameet Hariani, Advocate and Solicitor, obtained his law degree from Government Law College, Mumbai and his Masters in Law degree from the University of Mumbai. Enrolled as an advocate with the Bar Council of Maharashtra and Goa in 1984, he is a member of the Bombay Incorporated Law Society, the Law Society of England & Wales, the Law Society of Singapore, the Bar Council of Maharashtra and the Bombay Bar Association. He has been practicing as a solicitor since 1986. He was a partner at M/s Ambubhai and Diwanji, Mumbai and Andersen Legal India, Mumbai. He is the Founder and Managing Partner of M/s Hariani & Co. since the year 1991.

Mr. Hariani has over 30 years of experience advising clients on corporate and commercial law, mergers and acquisitions, real estate and real estate finance transactions. He has represented large organisations in international real estate transactions, arbitrations and prominent litigations. He is a non-executive and independent director of several companies. 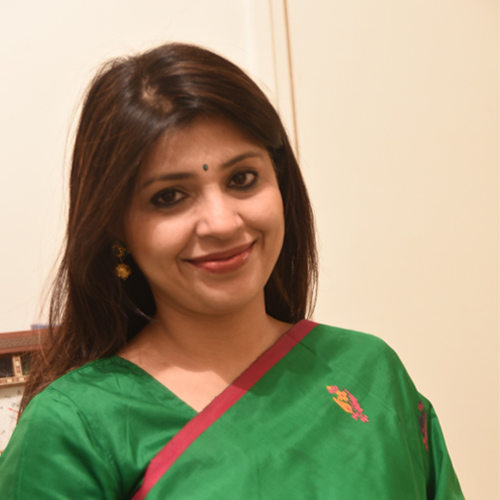 Ms. Amrita Verma Chowdhury is the Independent Director of the Company.

She is presently the Director of Gaia, an Urban Tech firm providing insights-as-a-service for Smart Sites and Smart Cities. She is a business strategist, engineer & innovator. She brings a unique understanding of business growth, technology, digital spaces and branding.

Previously, she has served as President & CEO of DY Works (Future Group); Country Head South Asia for Harlequin (Torstar); and Associate Director, Education for South Asia for Harvard Business School. She has provided Board advisory and strategy consulting for Fortune 100 clients with AT Kearney in USA and Oppeus in Australia. She started her journey in innovation and product development with Applied Materials in California.

Amrita has been an Independent Director on the Board of Simmonds Marshall, a BSE listed auto ancillaries firm, since 2015, where she serves on the Audit and CSR Committees. She is on the Board of Drishtant, a tech startup for the social sector.

She holds degrees in B.Tech. from IIT Kanpur, MS from UC Berkeley, and MBA from Carnegie Mellon - Tepper Business School. She holds 7 US patents for semi-conductor manufacturing and is also the author of two books. 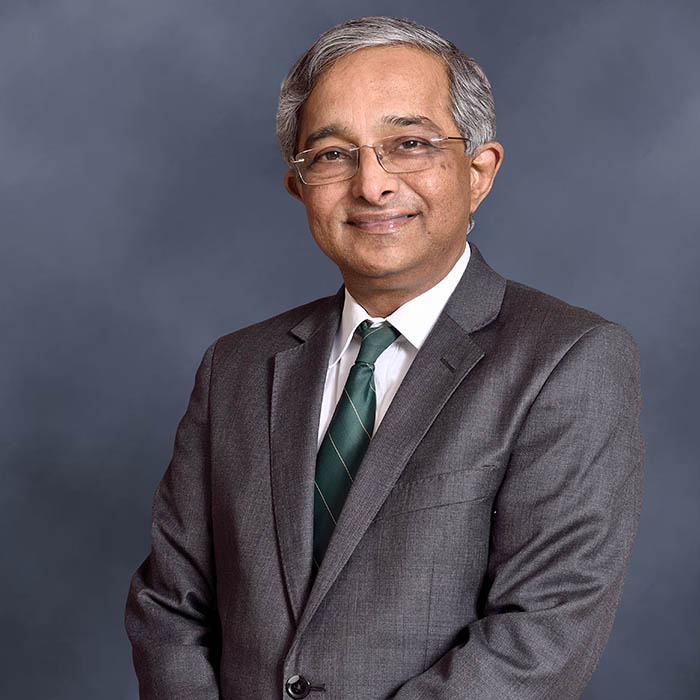 Prior to his current assignment, he was President - Group M&A, Corporate Accounts & Group Secretarial and Member of the Group Executive Board and was instrumental in setting up the Mergers & Acquisitions (M&A) division at M&M. The M&A division at M&M has successfully completed over 125+ Inorganic transactions both (Domestic and International) for the Group. At M&M he has held various senior positions including as Corporate Treasurer and Head of Investor Relations. He was the CFO of Mahindra Satyam, when it was taken over by the Mahindra Group and was responsible for the company becoming current with respect to its Indian GAAP reporting requirements.

Before joining M&M Group he was the Group CFO of a group of businesses with interest in the power sector, listed in AIM & NSE exchanges, where he played a key role in the parent company of that Group getting listed at the NSE. Earlier he headed one of the Strategic Business Units of a Bank where he acquired rich experience in project evaluation, lending and corporate restructuring. He has served / serving as nominee Director on the board of various listed/ unlisted companies.

During his overall work experience of over 35 years, he has handled a wide spectrum of M&A, Corporate Finance and Investor Relations assignments, at senior levels.

He is an Alumni of Harvard Business School where he had attended the Advanced Management Program. He is also a speaker at many fora, including at Indian Institute of Management – Ahmedabad & Nagpur on varied topics in M&A, Finance, Governance & on Business Disruption. He was the recipient of CFO 100 Awards in 2010, 2013 and 2014 for his contribution to Corporate Finance in the area of M&A. He was also the recipient of CFO India League of Excellence Award in March 2015.

Share your details and download brochure
Allow us to help you with more information
×
Please enter your name
Please enter your email id
Mobile no. should not start with 0
By clicking Submit, you consent to your information being shared with Mahindra & Mahindra and its group companies, in accordance to our privacy policy. The information shall be maintained in full confidentiality and shall not be shared with any third party. We may use this information to get in touch with you regarding your enquiry via Email, SMS, Whatsapp.
Please check the box to proceed
Submit
Thank you for enquiring with us. Our representative will get in touch with you shortly.
Sending your Enquiry.....
Something went wrong!!!